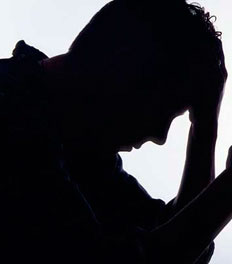 If any individual drinks a lot of alcohol over an extended period of time, they would develop a permanent repatterning of synapses in the brain. This damage to the brain eventually leads to addiction or the inability to control the alcohol intake.

Behaviour is considered “out of control”, when people continue to drink, exceeding what you intended to drink and find it difficult to control their intake or stop.

Using EEG, ie. measurement of brain power in the scalp and using PET scanning when measuring brain blood flow, researchers have found that there are changes in the brain functions of alcoholics. The brain essentially becomes hypersensitive and over emphasises the alcohol by releasing natural endorphins. This explains some of why once an individual has developed a dependency to alcohol, they so easily relapse even after being sober for many years.

The brain chemistry fundamentally still craves “the feel good” endorphins released and associated with consuming alcohol. The endorphins “wait” and create a un-natural “urgency” that is “rewarded” the moment the person drinks again and feels the effects of the alcohol. Endorphins are “rushed” back into the brain connecting the chemical “positive” association re-establishing the dependency.

Over an extended period of time drinking patterns change, their interests and way of “being” becomes associated with alcohol and it effectively becomes a “part of their life”.

In recovery we look at the “relationship” to alcohol.

As when a human to human relationship ends there is often a denial, longing, unease, helpless, anxiety, anger, misdirected emotion, depression and dis-ease. This is the psychological barrier that alcoholics actually feel when abstaining from alcohol. One could liken it to the “loss a family member” in a terrible accident. If you have read a much of literature on alcoholism the psychological grieving in the initial abstinence can be easily correlated to the grieving process of almost anyone who has suffered a substantial relationship loss.

Further to the brain chemistry stuff: The extended periods of alcohol conditioning have chemically “taught” the brain that alcohol is the cure to all these feelings.

Thus the cure is collectively problem, making the decision to embark on a lifelong journey of abstinence a terrifying prospect.

So terrifying in fact that many alcoholics simply do not attempt to ever stop drinking.

The psychological attachment is instantly resolved by a relapse back to alcohol.

Alcoholics in recovery refer to the “disease” of addiction. Chemically they are correct however the preparation to stopping drinking requires a psychological readjustment to establishing new routines with the understanding of what the various stages of recovery entail, not simply from the physical withdrawal, but from the psychological loss of alcohol.