It would seem as though many people have become disillusioned with the fact that they presume every alcoholic will look dishevelled and dirty, like most stereotypical types would. Most people would also be able to attest to the fact that they have at one point or another noticed drug abuse or signs of alcoholism in someone they care about or lived with. However, it is not always easy to pick up the signs. 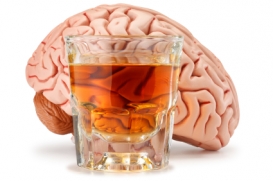 A classic case of this could be described in the case of Diane Schuler. Very few people would have been able to deduce that Diane actually had a problem. Many people dismissed Diane’s husband’s assertions as lies or evidence of denial, there are people who have noted that some people are able to effectively hide their drug and alcohol addictions from their family members and close friends.

The MomLogic blog hosted an article recently by Dr. Michelle Golland, a clinical psychologist. In the article Golland went on to describe the functioning alcoholic as someone who is able to control their drinking while living a functional life, maintaining a semblance of normalcy in their occupational and social worlds and their marriage. Another clinical psychologist Sarah Benton says that she personally prefers the term of that of a high functioning alcoholic.

High functioning alcoholics, according to Benton is a person who can maintain their outside life like their home, job, friendships and family, all while drinking alcohol. However, many of these HFAs are simply not viewed as alcoholics by society since they have succeeded in overachieving throughout their lifetimes. The successes that they achieve will also frequently lead to personal denial that there is a problem, as well as denials from family members, colleagues and friends.

There are health and relationship problems that are associated with alcoholism. Health issues include persist bad health such as heart damage, cognitive impairments and liver damage. Relationship issues can put strain on the marriage, and career problems can also manifest along with psychological and emotional problems, to name but a few. Alcoholism is a serious disease, even high functioning alcoholism.

When faced with alcoholism in the family, it can be stressful for other family members and loved ones of the addict. One of the biggest misconceptions about alcoholism is that it only affects the addict. Familial stresses that the addiction places on relationships is perhaps one of the most devastated deriving from the addiction. This is why it is necessary to take into account family members when a treatment solution is being sought.

The thing to remember about alcoholics is that not everyone has the same MO as the classic, dishevelled alcoholic. In fact, there are many functioning alcoholics in the country that is able to keep down a job and maintain a semblance of a normal life. This is not to say that their problem isn’t real, or is any less serious than a non-functioning alcoholic, but it’s still as serious.

This is why when you suspect someone of being a functioning alcoholic, you will need to stage some type of intervention. It will be harder than with a blatant alcoholic, and the sense of denial will always be worse, but it is the only way to help your loved one face the true facts of their addiction.