South African Recovery Community
You are here: Home1 / Alcohol Addiction2 / What Are The Symptoms Of Alcoholism?

Many alcoholics are actually in denial for a long time, until they accept that they have a problem and seek addiction treatment. The signs of alcoholism are plenty. There is not only just one sign that the person is struggling with an alcohol addiction, but many. The last person to know that they are suffering from substance abuse is usually the person themselves.

There are many signs to be on the lookout for.

Some of these include frequently drinking alone and drinking in secret. Also the inability to admit how much alcohol is being consumed, as well as frequently blacking out and being unable to recall long spans of time. Often the person will have specific rituals and they will become annoyed and irritated when these rituals are commented on or disturbed. This could include drinks before or after or even during meals or drinks after work. 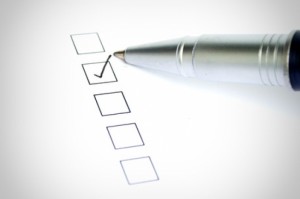 Another sign is the lack of interest or dropping altogether of hobbies and interests the person had had. The constant urge to drink as well as the irritability when the drinking time approaches is also a tell tale sign. These feelings are frequently amplified when there is a lack of alcohol availability, or if it appears that it might not be available.

If the person has stashes of alcohol hidden in unlikely places and also gulps down drinks in order to get drunk so that they can feel good. Excessive drinking leads to relationship problems and can also lead to problems with the law. Addicts will also frequently have work problems which are caused by their drinking. A substance abuser who is addicted to alcohol can exhibit any of these symptoms and signs.

There are so many problems that are linked to alcohol dependence and its effects on the persona’s physical body, social and psychological self is very extensive. Alcohol treatment will never be easy, but it is not impossible. There are millions of survivors of alcohol abuse and alcoholism. It is thus important for you to seek the help if you need it, as there is an answer and help available to you.