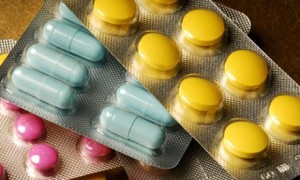 Despite the fact that there is a lot of substance abuse among smokers of marijuana, the medical marijuana industry continues to grow. Many dealers are now able to sell the drug legally to those who are prescribed it by their doctors. However, despite the fact that they are operating legally, many banks and credit card companies do not feel comfortable dealing with them. This is because of pressure from the US federal government who have not explicitly said they cannot deal with medical marijuana merchants, but have simply stated that they frown upon it because of the drug abuse problems in the country.. The dealers are then left with very few options and have to deal only in cash. It becomes unsafe for them to carry around cash for medical marijuana and it makes it difficult for merchants to deal with the tax side of things.

It is because of this that cancer survivor, Lance Ott, created Guardian Data Systems. This is a financial consulting firm that allows people to buy medical marijuana online with debit or credit cards. Only pre-approved members of licensed dispensaries can use the facility. It works by having the buyer link their credit card to a merchant, checking what they have in stock and then purchasing their medical marijuana. In some areas, they can have it delivered to their homes.

According to the US’s National Cannabis Industry Association, about half of dealers in medical marijuana do not have a bank account and this means they have to deal with cash only, just as the illegal sellers do and this is not a safe or desirable situation.

Due to the fact that medical marijuana dispensaries can be shut down at any time, they are considered high-risk businesses. It is because of this that Guardian Data Systems charges them higher interchange fees as compared to other businesses they deal with.

Despite the current issues in the industry at the moment, it is estimated that the medical marijuana industry is going to expand and be worth millions in the next 5 years or so. At that time, it will command more respect and financial institutions may be more willing to work with them.

Tool For Fighting Depression and Asking For Help
Scroll to top