Addiction Recovery South Africa
You are here: Home1 / Healthy Lifestyle2 / How The Brain Can Affect Addiction 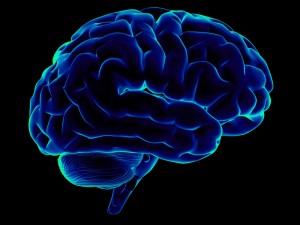 There are very few subjects quite as controversial as addiction; this is largely due to the persistent association of addiction with illegal drug use.

The fact of the matter however is that the vast majority of addicts actually subscribe to legal drugs in the form of alcohol and tobacco, these are by far more prevalent in terms of addiction than so called hard drug users.

Addiction is in and of itself a very serious affliction and can be seen as medically as a chronic relapsing disorder, a prime example of this is a person trying to quit smoking, almost everyone of us knows personally know how hard it is to do or knows of someone who tried to quit smoking but ended up relapsing, this is a prime and very accurate illustration of the power of chronic addiction.

After many studies into the causes of addiction it is still not clear what in the brain causes one to become addicted to a substance.

Recent tests reveal a link to genetic implications but there is no way as yet to determine or pin point specific genes and clearly link them to addictive behaviour. The matter is further complicated by the fact that the majority of addicts are what is known as dual diagnosis patients with so called co morbid or co existent psychiatric issues.

In other studies carried out to determine the role the brain plays in creating addiction, tests revealed that the use of drugs and alcohol can lead to changes occurring in genes in what is known as epigenetic mechanisms which can dramatically change the way that the brain functions. It is important to also note that while drug abuse will generally alter the brain function in all individuals who abuse drugs only a small percentage will be permanently affected, while the majority only experience temporary brain function alterations.

Neural pathways can be altered or affect and tests and studies have shown that this is in fact these very pathways that are responsible for decision making and therefore tend to link past experience to present action, often this can be most evident in social cues leading to further drug abuse or relapsing.